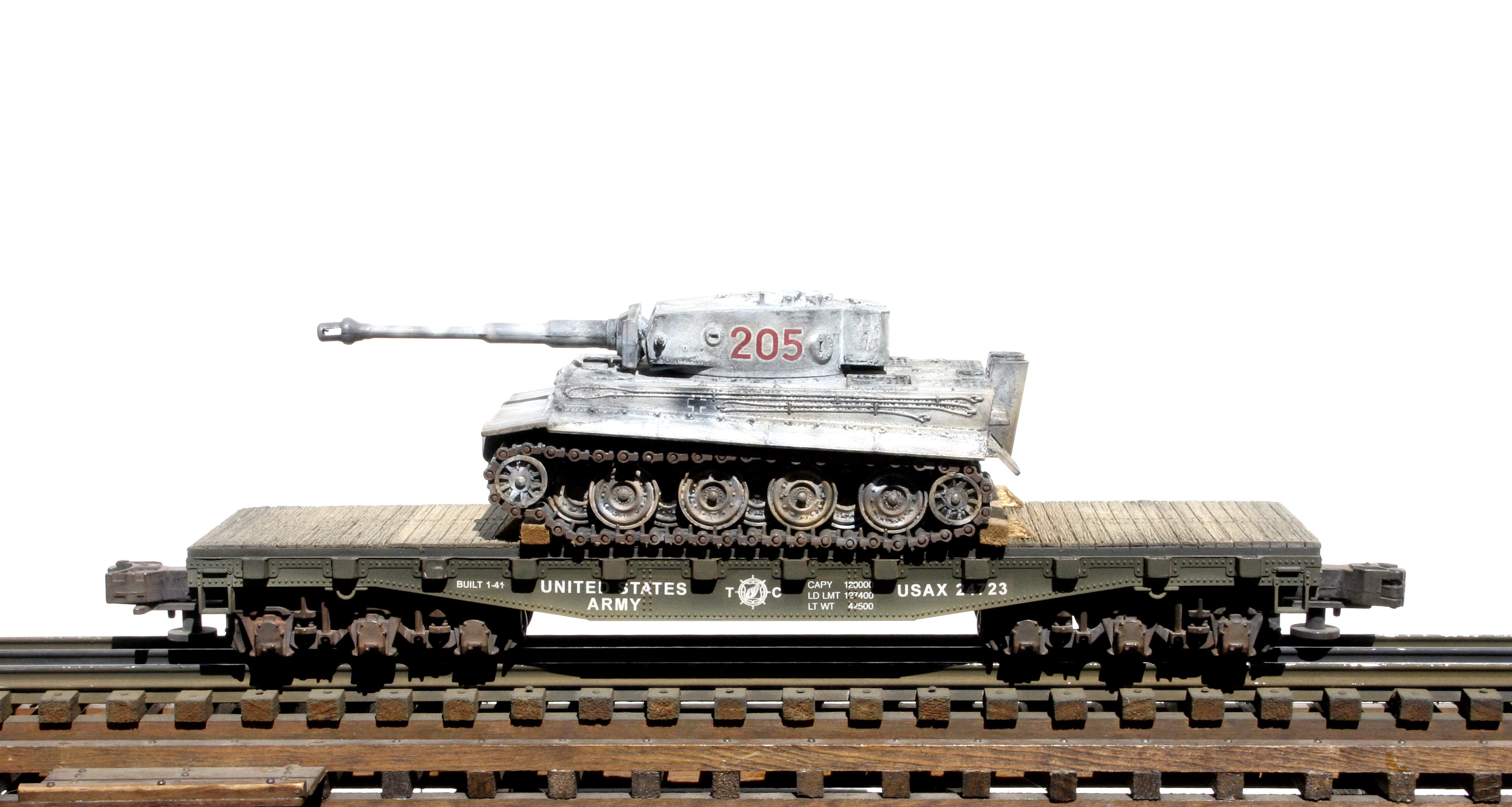 This U.S. Army  flat car is hauling a captured WWII German Pz VI Tiger I tank. The load and the flat car have a “battle weathered” finish. This Tiger is camouflaged winter white as it was captured on Russia`s Eastern Front in the winter campaign of 1943. The tank is made of die-cast metal. It is mounted on a U.S. Army 42′ flat car with a real weathered wood plank deck, wood chocks and blocks and die-cast trucks. This car is from the Aberdeen Proving Ground series. Aberdeen Proving Ground in Maryland is where enemy equipment was taken for testing and evaluation during WWII.